The aim of this project was to design a way finding and urban communication system for the Miranda 2016 festival in Santos. Strong visual elements were created with a striking physical presence. Despite their large dimensions they also appear transparent and light. Combined with a unique graphic identity they signal the presence of the festival at different scales – in the city, between buildings and within individual interiors.

A spatial module was conceived as a three-dimensional grid. This enabled the construction of transparent structures in a variety of forms that serve as a support structure for illuminated blocks displaying information. This structural mesh offers different degrees of transparency as spectators move between them, creating a sense of dynamism. 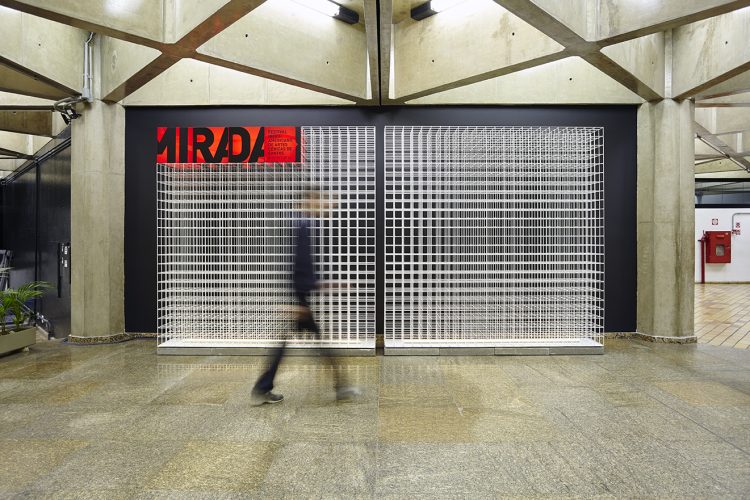 A second principle was for the visual identity to be consistent at different scales and in different configurations without losing its material or formal characteristics. For this, the same construction solution was adopted for open air spaces, across urban environments, or for furnishing interiors.

In this way, there is a clear means to identify the spaces participating in the festival, which goes beyond the application of a graphic visual identity. That identity was developed in collaboration with graphic designers. It reinforces the dynamism of the three dimensional structure, integrating completely with the supports; becoming a single coherent element.