This essay was developed for the 17th issue of the magazine revista s/nº which was entitled “Big”, the photo montages were created in collaboration with the photographer Cássio Vasconcellos. When thinking of a large scale landscape proposal, it targets the one thing that Sao Paulo lacks: legibility. 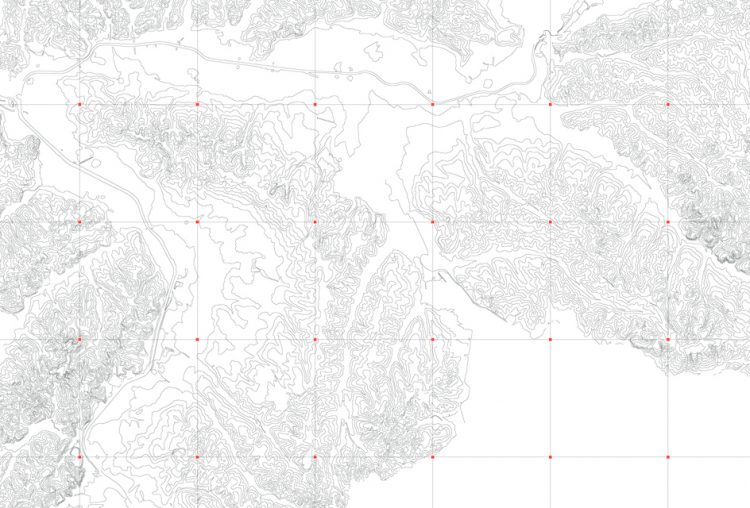 Big city
If we were to describe it as a thing, then man has created nothing in the world bigger than the city; not only in terms of physical size, but also of its enormous capacity to generate diversity, complexity and meaning. One of the consequences of these dimensions and the speed with which they transform is that it becomes impossible to grasp or define what a city is, and therefore also impossible to design or outline it. Architecture has dedicated itself to designing particular, specific spaces – building, squares, stations – that condense thoughts about the city but fail to embrace it in its entirety. In the metropolis, the only interventions that span the totality of the city are infrastructural systems and technical service networks, such as transport, water and data grids. These spread across the territory, joining all the constantly shifting dots.

This proposal is an essay that blends the design to shape a city together with the logic of networks, thus lending material visibility to the territory without hampering its potential for transformation or the flexibility appropriate for contemporary urbanity. Though speculative, this essay is not unfeasible either technically or commercially.


A regular 4.25 km x 4.25 Km modular grid laid over the city of São Paulo will establish activity hubs at its points of intersection. Each of these points will feature a large tower flexible in use and form, specially adapted to the desires, history or vocation of the region in question.


In addition to the grid size and distribution of these hubs, another fixed component will be the height of the towers. Each will stand 1,235 meters above sea-level, on a par with Jaraguá Peak – the highest point and main geographical marker on the São Paulo landscape. At the peak of each tower will be a belvedere from which the visitor can survey the virtual grid formed by these points and see how it relates to the undulations of the city’s topography. In order to stand eye to eye, tower lengths will vary depending on the elevation of the terrain. As such, a tower in the region of Paulista Avenue, a plateau that overlooks the floodplains, will have fewer storeys than one erected in the lower-lying boroughs of Pinheiros or Parque Dom Pedro. So while each neighborhood will be articulated through the long-distance visibility the towers afford, no two towers will be the same height.

The horizontal plane formed by the visual connection between the tower-tops will reveal and reinforce the lie of the land and the relative locations of other parts of the city, creating a form of physical reference largely lacking in São Paulo.


The uses to which each grid node is put will reflect the vocation of the region in which it stands. These may be office towers, universities, communication towers, apartment blocks, multifunctional high-rises or multimodal transport terminals – incorporating heliports, subway stations, parking lots, etc. In short, the towers can either consolidate existing uses or encourage new developments.

The apparent paradox of establishing a grid with no fixed use – indeed, it is fixed in arrangement only – is what makes the idea interesting: this standard, endlessly expandable form facilitates a legibility that would otherwise elude the eye. In other words, it allows one to grasp the totality without being totalitarian itself. And, as a network of physical elements with negotiated, location-specific uses, it inverts the logic of infrastructural networks, in which the use is determined but the intersections are invisible.